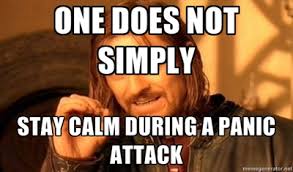 Panic attacks, also known as anxiety attacks, are periods of intense fear or apprehension of sudden onset accompanied by at least four or more bodily or cognitive symptoms (i.e. heart palpitations, dizziness, shortness of breath, or feelings of unreality) and of variable duration from minutes to hours.[2] Panic attacks usually begin abruptly, may reach a peak within 10 to 20 minutes, but may continue for hours in some cases. Panic attacks are not dangerous and should not cause any physical harm.

The effects of a panic attack vary. Some, notably first-time sufferers, may call for emergency services. Many who experience a panic attack, mostly for the first time, fear they are having a heart attack or a nervous breakdown. Common psychological themes associated with panic attacks include the fears of impending death or loss of sanity; depersonalisation is relatively common.

Panic attacks are of acute onset, although acute debilitation (generally severe) may be followed by a period of residually impaired psychological functioning. Repeated panic attacks are considered a symptom of panic disorder. Screening tools such as the Panic Disorder Severity Scale can be used to detect possible cases of disorder, and suggest the need for a formal diagnostic assessment 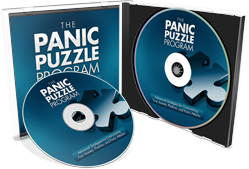